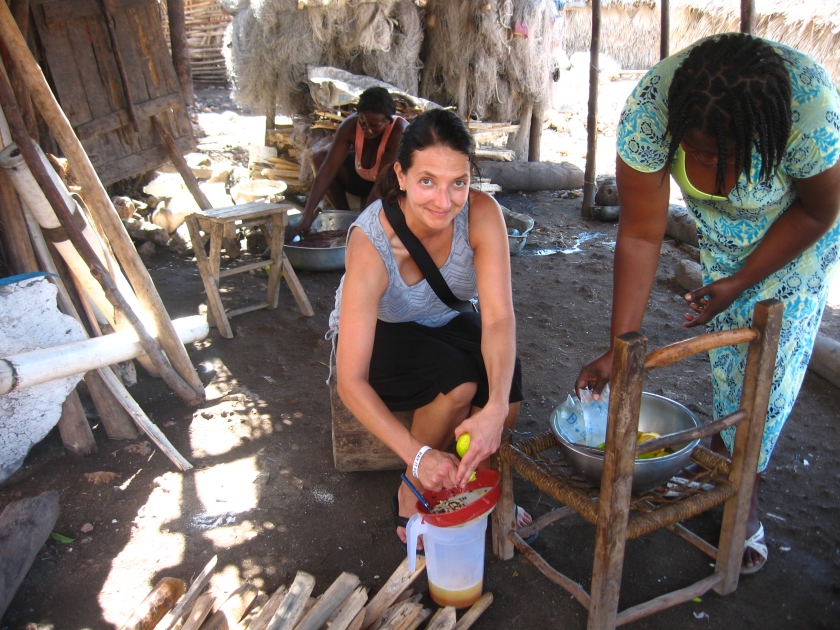 Last October 2012  –  Jody mentioned wanting more information about the residence of KaPaFu. I couldn’t quit thinking about staying there to complete the task. Last October we visited the village twice. During the first visit we shared goats and the second visit solar lights. Giving them light once darkness fell representing the light of Jesus in our lives.

I spent months continuing to think of KaPaFu, wondering what the residents of this tiny fishing village are really like. Because during each visit I felt “home.” You know where you don’t really want to leave because your being is at peace…”home.” During the first visit a resident gave me a shell.

In June   Jody and I began preparation for me to experience two nights, allowing one full day in KaPaFu.

Friday, October 25 Momma Gigi, Pierre, Benna and I loaded up a boat with tents, clothes, pans for cooking and water…lots and lots of clean water. A boat in Haiti requires someone to be the lookout the entire time the boat is moving in the water for fishing lines and those hunting fish just beneath the surface with snorkel gear and spear. The moment I step into the boat I was full of excitement wondering what God had prepared for this journey. The distance from The Mole to KaPaFu is approximately an hour. Much of the ride coral, reef and tropical fish are visible.  Upon arrival the residents of KaPaFu greeted us. Following a hug from Madame Winnow, they helped us remove the supplies for our stay. This isn’t just a mission first but a first for KaPaFu to have an over night guest. They were excited for us to be there.

I spent much time observing before Momma Gigi began preparing our lunch. She allowed me to help shell beans and squeeze citrus for our drink. Before I describe just how scrumptious this meal was…remember we are all guest at KaPaFu and Madame Winnow allows Momma Gigi to make a fire in the corner of her home with two cannon balls to balance the pans. One pot contained the beans we shelled with rice. Plantains were boiled and fish was stewed. We dined mid afternoon.

An afternoon rain shower provided time for me to ask questions. Ninety adults reside at KaPaFu. Rarely more than forty-five can be found at the village. As soon as children are old enough to attend school they live with friends or relatives at the Mole, Port Au Pay or Port Au Prince. Madame Winnow has seven children with the youngest being eight they were all I other locations for school.

Spoke with an expecting mother. Her two or three year old enjoyed watching me from a distance. Each time I got close to her the tears would fall. Everyone in the village was kind to the child as she freely played. Her mother came to Madame Winnows covered area to fix the child’s hair. A kitten just old enough to have its eyes opened sent her into a scared chat of Momma, Momma, Momma…we all smiled. I asked if she had an idea when her baby was due her answer was a gift we can all use…God knows.

Many of the residents aren’t sure of their birthdays and time is kept up with a cell phone which is a challenge all of its own. There’s no power to charge the phone. Charging the phone requires a trip to the Mole by land or water. And there’s zero signal available at KaPaFu. Madame Winnow oversees much of the village caring for the residents. Her home is also a store for essentials like butter, flour, rice, pasta, beans, twine and etc.

Dominos is a big game in Haiti. Benna was able to provide security for all and enjoy playing dominos KaPaFu style. The looser wears an orange hard hat and holds a weighted jug with a rope over his shoulder.

Men began returning from fishing. The ladies prepare the fish scraping scales and cleaning them. The next step, lots of salt is place inside the fish. The fish are strung on palm leaves and laid in the sun to dry. As the sun sets the fish are brought inside for the night. The next morning those fish need to be rinsed and laid back in the sun. The process keeps the fish available for a long time. Later to be eaten or taken to market. The men weave nets, work on spears and gather equipment for the next outing.

A fisherman told Pierre he wanted to show us something. Oh my, did he ever, BEAUTIFUL rock formations, caves and an area that looked like a tomb. Momma Gigi, Pierre and I all had a great time discovering new locations beyond KaPaFu. God ended our journey we a gorgeous sunset. On clear nights lights from Cuba can be seen.

Time to share Gods word…Momma Gigi and Pierre have gifted voices. We began with just a few, as songs were sung our group grew. Much scripture to be read sharing a summary of the three major covenants from God. Turns were taken as scripture was read, smiles, laughter and amen was shared many time. Fun time of fellowship.

Saturday, October 26th we began the day sharing Ruth with the ladies. Most of the men were out fishing or had just returned while we spoke of the importance of friendship. That Ruth had no way of knowing that her way of blessing Naomi would eventually become a blessing in her own life.

Momma Gigi selected a beautiful coral/red and gray colored fish for our meal. The fish was delightful served with plantains and potatoes. While lunch was cooking I ran into the same fisherman that gave me a shell a year ago. He was surprised I recalled and gave me a second shell of the same type.

We finished sharing general information about the Abrahamic Covenant, the Old Covenant and the New Covenant. Worshiping with song, scripture and fellowship together. We shared jelly sandwiches and sweety (similar to Koolaid).

God answered many prayers for preparing the way, discernment and opening hearts. Before we left on Sunday, October 27 the expecting mother asked that Pierre and Momma Gigi pray with her. Experiencing song and prayer in any language is a gift of worship, especially with the little girl standing inches from me without tears.

Being a guest at KaPaFu has given me a perspective of richness. The village eats every day, they love and care for one another. KaPaFu truly is “home.” I am blessed by a new friendship with Madame Winnow. 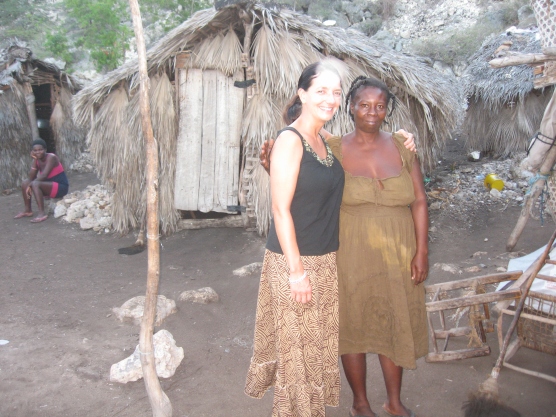 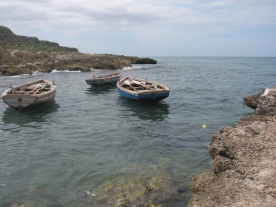 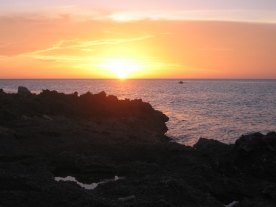 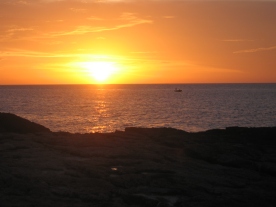 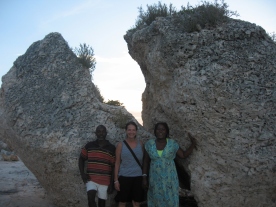 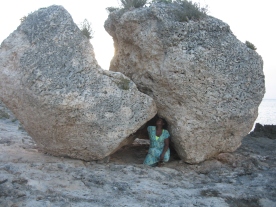 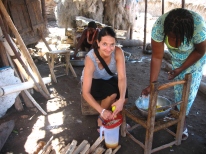 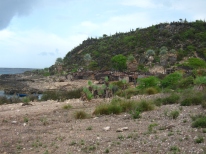 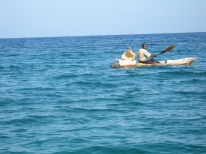 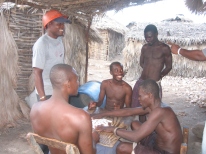