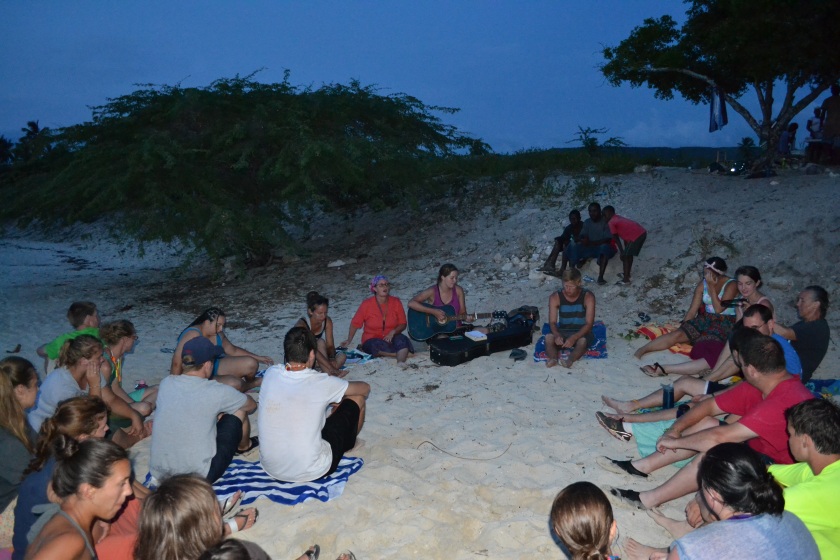 Serving Alongside Some Awesome Teams

These past few weeks have been BUSY!! After only having a small team of electricians at the end of June, we did not have any other teams until July 7th. Then we had three different teams from July 7th till July 19th! Those weeks were PACKED full of wonderful ministry!

Our first team was a team from the Harvey’s home church in Florida who had spent the first part of their week in St. Louis before coming to the Mole. They were only with us for a few days but their days were filled with VBS, hut to huts, swimming lessons with our kids, campus ministry, and more..  It was also fun to have the Harveys and Micah come along with this team too. It was great being able to reconnect with them and be encouraged by their visit

Meridian’s week of ministry was jam packed with VBS in four different locations, hut to huts, a campus wide picnic, dance camp, Women’s ministry, sports camp, Personal safety/sex education, and a beach day for our kids!!! We were all constantly moving and ministering and although it was exhausting, it was awesome! Meridian was such a blessing to serve alongside. It was seriously like having thirty-two of our family members come visit us and serve with us. They all did so much to encourage and pour into us.  It was so awesome to also have so many of the their team from last summer return. Those relationships were strengthened and new ones were formed with the rest of the team. It was definitely difficult to say goodbye to them when they left.

On the fifteenth, our wedding team arrived slightly soaked from St. Louis. I was so excited to finally be in Haiti when the wedding team was because I had been hearing about Diane and her team for years but was never here when she was! It was super awesome to see everything come together the day of the wedding as not one, not two, but SIX couples committed to each other and were celebrated. It was a beautiful ceremony, at least the little I saw as I helped keep an eye on the Castillo kids for Mama Gigi. ��

If you want to read more about these teams’ weeks of ministry check out the Team Blog at molehaiti.org

It was truly a blessing to serve alongside all of these teams. I hope and pray that they all return next summer!