November 6, 2010 Castillo General Info, Team Ministry, Testimonies One comment
Walk on the streets anywhere in the Mole this morning and you’ll hear – God Protected The Mole! Indeed he did! All of the employees were in constant contact with us – especially those that have the ocean as their front yard. We were all prepared to see total destruction this morning – especially as the wind howled last night and the rain was furious.
Our generator quit working around 8pm and our solar only lasted till midnight. So we heard every drop and felt every breeze. We spent most of the night praying for our beautiful Mole people. The girls were a little frightened. The satellite dish on our roof nearly blew away and the noise from it made the children think an earthquake was happening.
So at 6am we took the gator out and drove by the beach! Apparently it’s Christmas in the Mole! A boat loaded with Charcoal flipped to its side and hundreds of people were taking buckets and sacks trying to collect the charcoal from the ocean! The water was totally black. I thought – this must be what it’s like when there’s an oil spill. I mean charcoal black water!
The ocean in general was swollen in our little cove. It was much higher all the way around. There was one house that had several boats in its front yard. She told me it wasn’t that way when she went to sleep! The Mole probably lost 1/3 of it’s banana trees. Most lost their wooden stick fences and many had tin roofs that were totally gone. There was a school – the same place we did the medical clinic this past September – it’s roof was completely blown off.
We went out to survey the mission land. The land has a flower/stick barrier that goes all the way around it. Most of that is all gone. We just knew it would be totally under water. We were pleasantly surprised! Only about 6 feet on each side of the river was there knee-deep water. Granted the rest of the ground was totally saturated and squishy under your feet – but all in all  – not too bad!
The Mission Church had small damage. The lower rock that was at the base of the church was washed out. So there’s a big hole in the back of the church. Those of you who’ve been here remember how rocky the beach was around the pastor’s house! NOT ANYMORE! It’s all sand. Where we had the baptisms – it’s all sand there too! The rocks were washed out.
It continues to rain here but I’m so surprised at how well the town did.  As soon as the sun was up – everyone was already sweeping the streets and cutting up all the fallen trees. God definitely had a hedge or protection around this village! Thank you all for your prayers and emails! Yesterday felt like the longest day – but we’re all doing well! 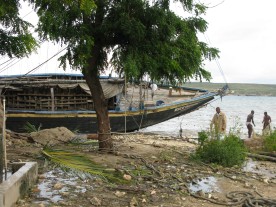 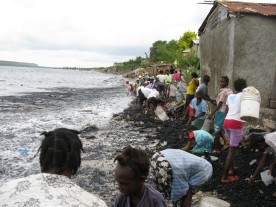 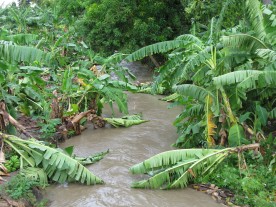 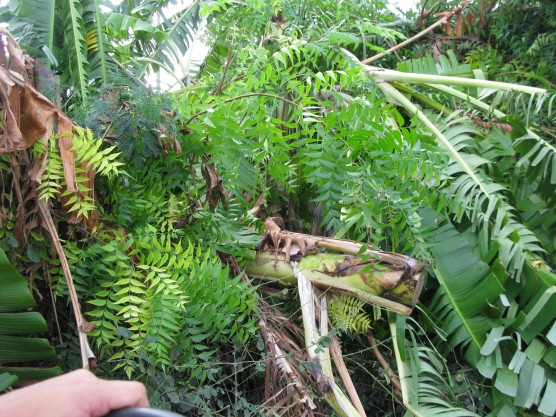 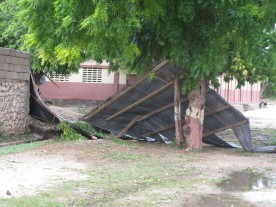 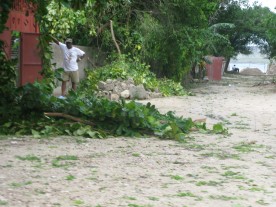 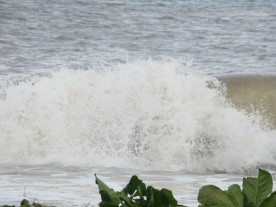