George Thornton: Well, another good day at the Mole Mission. We got the second house’s walls up, and started on the trusses. We were also able to begin the walls for the third house. I spent most of the day working with Elijah (The Haitian Forman/Carpenter) getting the facial boards and soffits worked out. We also made sure that the first side of the roof was all the same level so the tin roof will look right and shed the water correctly. I have to say, the Lord really wanted me to learn a lot of patience and humility today. To work with another person that knows carpentry, but has different ways of doing things, and you can only communicate via hand gestures and a lot of “show me,” was a tremendous test for me. But I have to say, in the end, we got a lot accomplished, and at the end of the day, were calling each other “Boss”, both of us having learned a lot from each other. 🙂

This portion of today’s blog brought to you by Brandon Davis.

The past couple days have been filled with a lot of new experiences and cultural differences. Sure, the work has occupied most of our time here [and been quite exhausting/ muscle-building ;)], but I want to share some of the off-site moments with you.

As some of you may know, I am not a proficient learner in the field of foreign language. I held a solid C+ in my two years of high school Spanish and have had no instruction in French or Creole (the official languages of Haiti). The locals have become accustomed to hearing my three or four Creole phrases paired with my tentative smile and wave (as if to say: “I know I’m saying this totally wrong, but I’m glad to see you”). My communication has been rather handicapped by my lack of knowledge in this area!

Yesterday, after a long day of work, me and some of the other team members went to the beach to cool off and relax. I stayed on the shore under a cool tree to avoid getting salty and wet. After a few minutes, a young man (Nelson was his name) approaches me with a smile and says “Bonsoir!” I feed him my three Creole conversation starters to which he responds – and then awkward silence. We sat there for a few minutes saying nothing, both of us acknowledging the weirdness of the situation. Remembering my sketchy years of Spanish class, I go out on a limb and ask “Conocer Espanol?” He nods and responds “Si, un pequeno”. Somewhat relieved, I then continue to talk to him for several minutes, stumbling through incorrect Spanish pronunciations (so was he, so it worked out). After a while we both had to leave and I wished him well.

I left that afternoon feeling content and fulfilled, like I had really connected with someone. Nelson and I had very little in common – we both had to leave our normal circumstances and find common ground to communicate. I think we were both impacted by the encounter in one way or another. It just goes to show that you never know when or how God will use you (or use another person) to minister. He knew even back when I was taking Spanish II 3 years ago, that I would use it for his purposes. I guess when it comes to ministering to a Haitian – a C+ is good enough.

God bless, I look forward to being back in Virginia with you all!

Shout out to RSCC and a hello to Northside Christian Church.You don’t know me but I’m the lone traveler from Illinois,that has had the privilege to tag along with your team.Great group of people serving the Lord. Things have been busy at the work site,the houses are coming along great.The country is a beautiful place and the people are so warm and friendly,but there is a definite need to spread the gospel. I pray that I can continue to be the hands and feet for Christ.

P.S Julia D miss you and Rooster can’t wait for Hugs and Kisses! 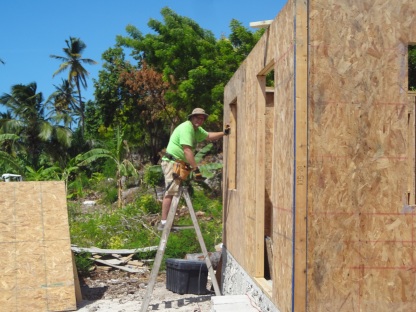 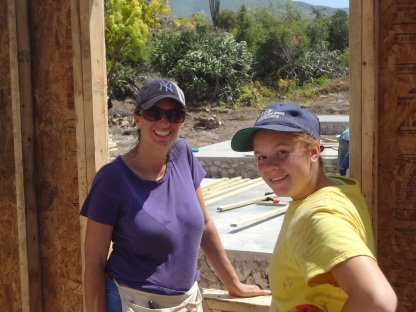 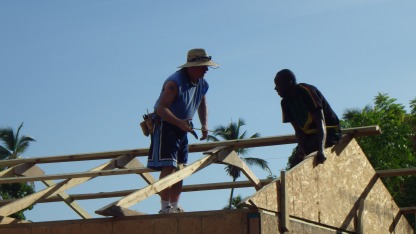 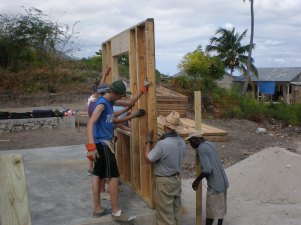 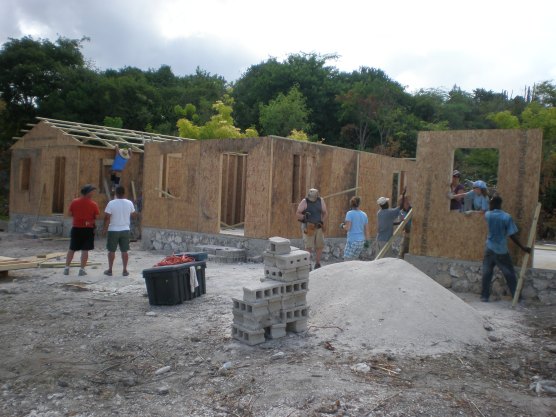 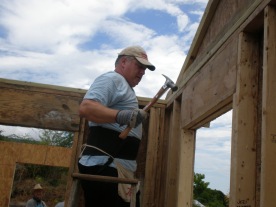