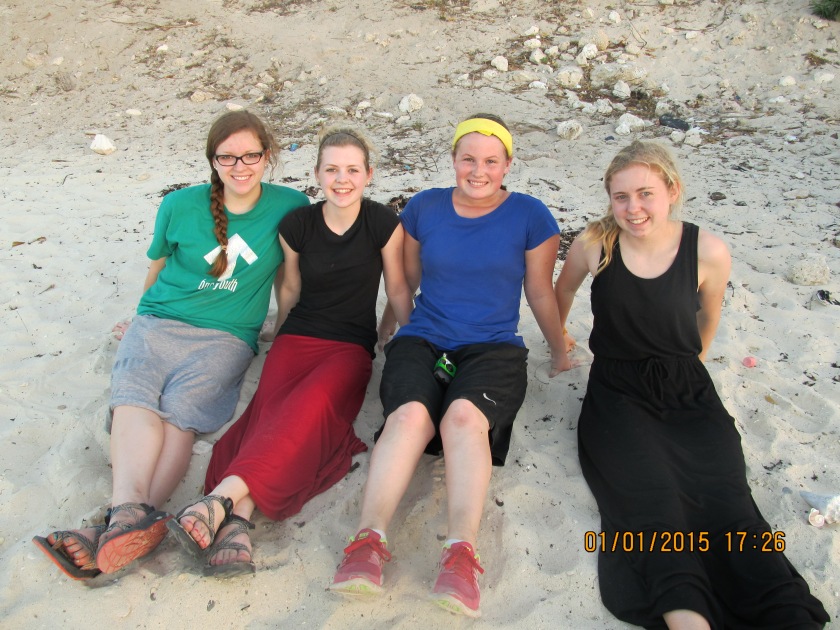 We felt your prayers today! There was a great response to the Freedom Drama and we got the opportunity to lead 3 young men to Jesus! Some of the students also had the opportunity to share their testimonies on the local radio today. I was so proud of Caleb, KJ, Mikayla and Kaley as they pushed themselves out of their comfort zones to share the transforming power of Jesus in their own lives. We feel your prayers as the team is healthy and energized for our last few days in the Mole. We are in high spirits following a rich time of affirmation this evening.

-Pray that our 5 new brothers in Christ will be surrounded by others that know Jesus.

To Kelsey: Eat some nachos for me, I love you!

Paul and Troy (and Emily)

We are so worn out from yesterday! We got so little sleep last night with the New Year’s Eve party and watching the kids during the church service. This morning we served pumpkin soup to the Haitians as part of their New Year’s/Independence Day celebration. Half of the group went to Preskul and Karenage to deliver soup, while the other half stayed behind in the Mole to pray for people who came to get soup at the mission. We had over 100 people come to the mission for soup, and we were able to personally pray for them.

After the soup, we got some much needed rest time, even though some of us went and played with the orphans. During lunch, we had a market day, and were able to buy some Haitian crafts. We were invited to be on the radio from 2-3 today, and some people were allowed to share their testimonies on the radio.

During that time, the rest of us played with kids in a courtyard, where Jordan, Tim, Collin, and Troy played soccer on a basketball court (and the goals were the poles of the basketball hoops). Paul played with the little kids and had them climb all over him. And Hannah, Emily, and Morgan painted lots of fingernails! We performed the Freedom Drama afterwards, where we had a good turnout of community kids. Jared and Troy talked to a man named Filo, who spoke a lot of English, and he told us to pray for his sick and dying mother. His mother was not a Christian, even though both he and his dad were. We also prayed with three little boys who accepted Christ today!!!!!!!!! (one of them was little Michael Tait!!!!!!!!!!!!!!!!!!!!!!!!!) Paul has had so much fun playing with the Haitian Newsboys and just being able to share time with them. …Wellllllllllll there’s a goat!

Mom, sorry I haven’t blogged. I’m bad at it. But I’m still alive! Tell everyone I miss them!! J

I just wanted to say that we miss everyone there and can’t wait to tell  ya’ll the amazing ways God moved here.

Love and miss you all,

The Bowling Green group gave out 8 goats today to families who were in desperate need. They spent the morning praying for the people who came for pumpkin soup. They were out doing street ministry as well. Tonight we had a special debriefing time together and they weren’t able to blog! There are pictures of them attached though! Tomorrow morning around 9am they will head to Port-au-Prince.

Please feel free to post comments! The teams love to hear from you! 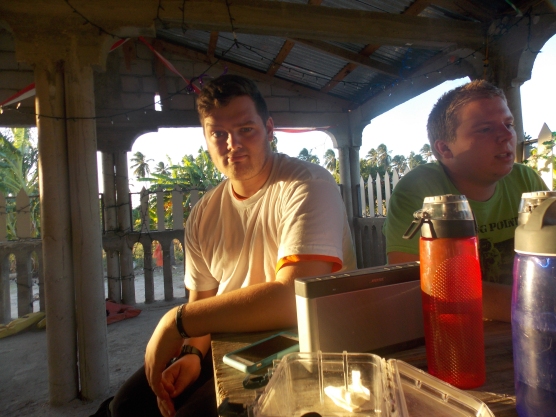 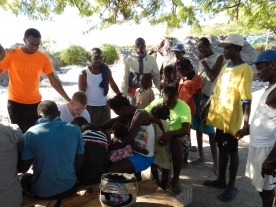 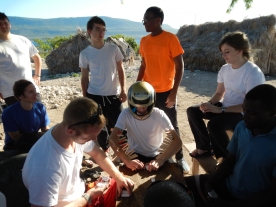 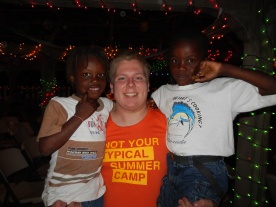 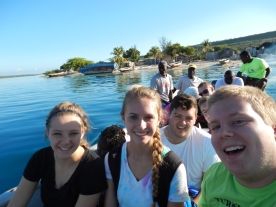 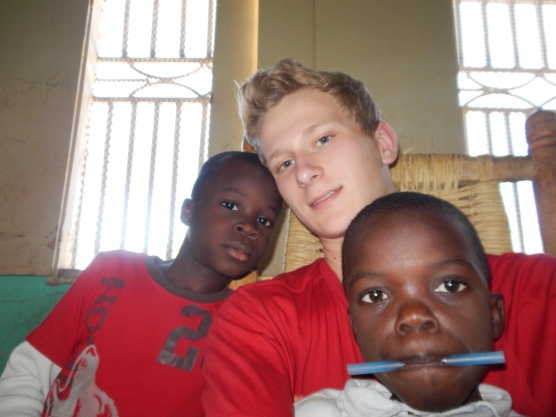 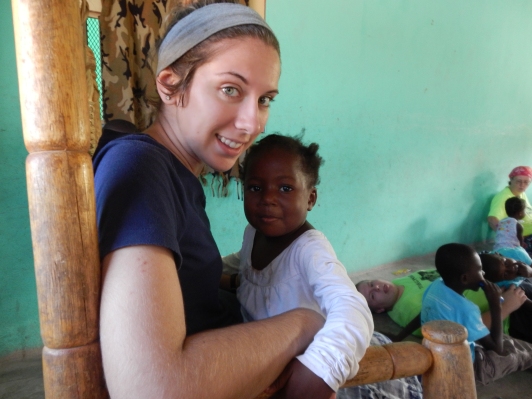 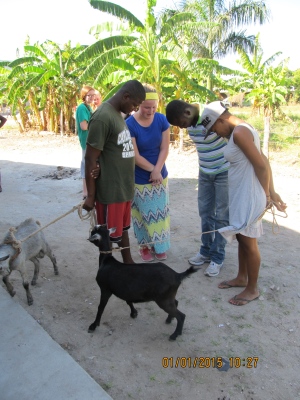 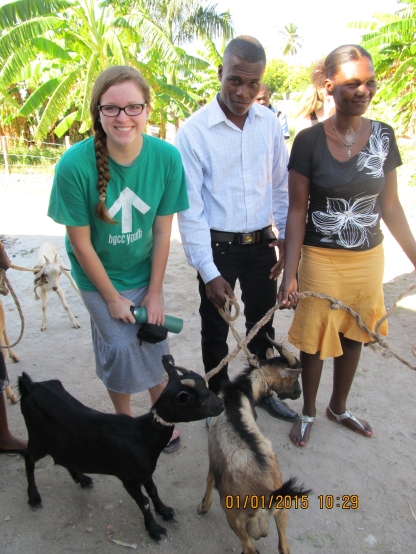 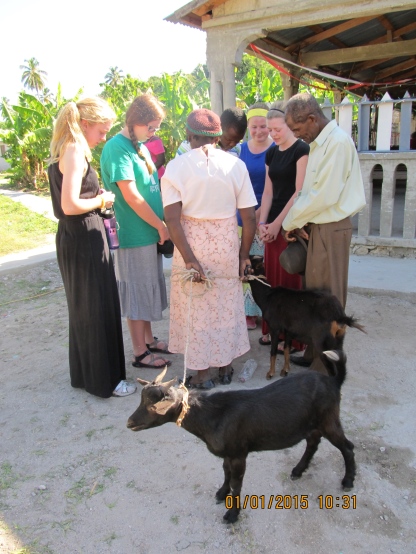 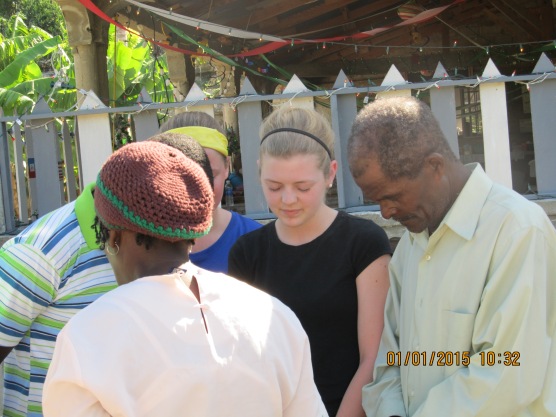 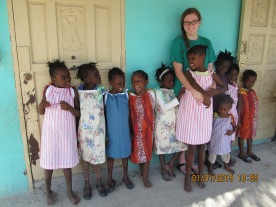 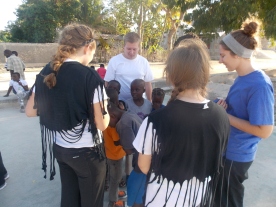 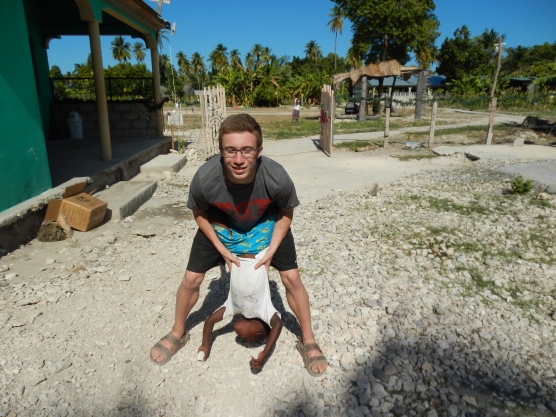 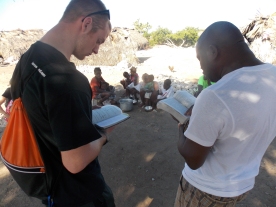 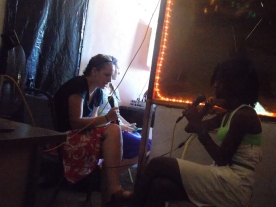 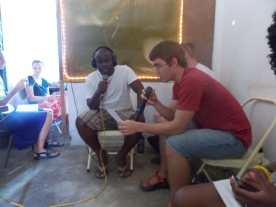 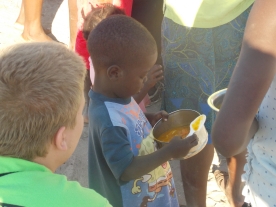 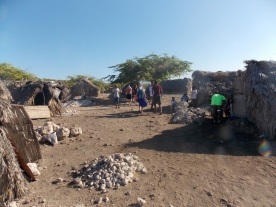 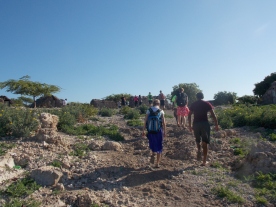 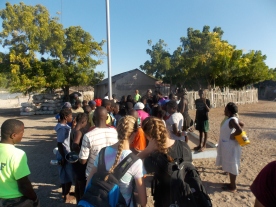