Sup guys, Allen here. So chicks, yeah, Troy and I will send pics. They’re cute. And fluffy. And they have beaks. Easily picked up too. The hens go berserk when we pick up their chicks.

Anyways, the Haitian kids are a lot better at soccer than I am. But that’s ok, I’m taller and therefore better at basketball. The weather has been pretty good, no rain yet (Allen knocks on wood). Super hot and humid though. Especially in the tent. At night. With the rats. I see why motorcycles are super popular here. They’re cheap, and you get a constant breeze! What a deal! The most popular vehicle after motos are Toyota pickups. They seem to be nearly indestructible and all seem to have stripped interiors. There, got my car stuff in. The orphans are really cool, they like being lifted into the air and trying on my glasses.

We went to the village of Carnage today, went pretty well. They were nice, but I felt horrible for the kids who had only one article of clothing and in some cases, none at all. Makes you appreciate a lot of things you take for granted in America. God seems to be speaking to both the Haitian children (I think) and me as well. More on that later. Anywho, I’ll hand Troy the Macintosh and he can type all he wants. Hopefully more than he says out loud. Which is not very much. But that’s ok, he’s cool.

Hey y’all! Troy here. Having a great time here in Haiti (finally being forced to blog). I have successfully taken about 5 pictures this whole trip… Oh well. I’ll take some of Allen and I picking up chicks. I feel a little bad about forgetting most of the orphan’s names… But I already have almost all the guy’s names down, so that’s good. I think some of them remember me, but the different hairstyle is throwing some of them off, so I might go back to the old style for a day or two. Also, a lot of them call me Patrick, so Patrick if you are reading this, there are many of the kids that like you.

Paul, I think I might have seen Alexson today, but only for a second. Hopefully I can find him and his brother eventually. Emily, a bunch of the orphans were asking when you were coming back, so I guess you have to come back sometime soon. To add on what Allen said about the tent being hot, we basically wake up in a pool of sweat. There is no airflow in the tent since we are in the cafeteria… Anyway, Allen and I are off to go pick up some chicks, so talk to y’all later.

Hey Tamra! If you’re reading this, happy late birthday!!!!! I love you and miss you and hope you’re having the BEST DAY EVER! I would love for you or Nagel Bagel to comment J

Sidenote: there will be more stories tomorrow, the boys decided to be boring and not to.

Please feel free to leave comments! Comments will be read at dinner each night. My kids are LOVING this team so much! 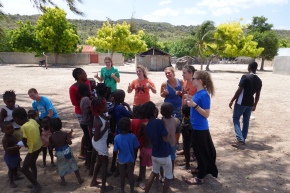 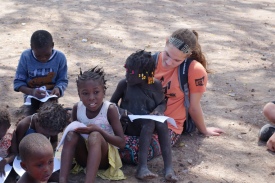 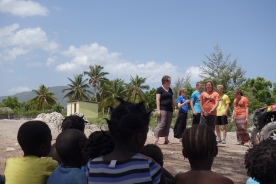 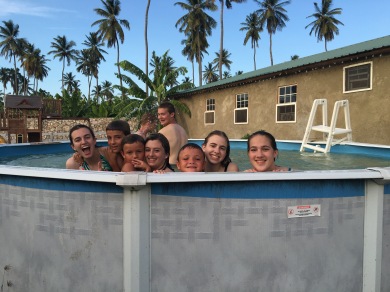