For the past several months, the kids in our Children’s Church have been earning points so they can attend our Easter Celebration! They can earn points by attendance, inviting friends, memorizing scripture, & answering questions.

SO… the top 30 children (with the most points) attended our Easter Party this afternoon!

We started the party off with a little face-painting. I had this great plan to do white bunnies on their cheeks with pink whiskers…. let’s just say it was a good thought poorly executed! We dropped the pink whiskers and just kept the white bunnies!

As the children arrived they got to have their pictures taken with silly props! 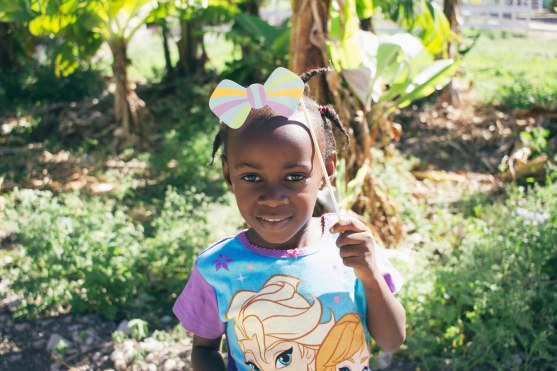 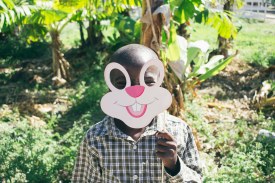 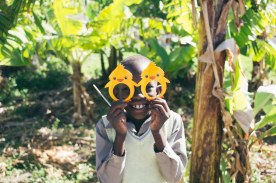 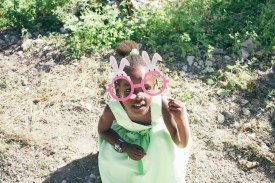 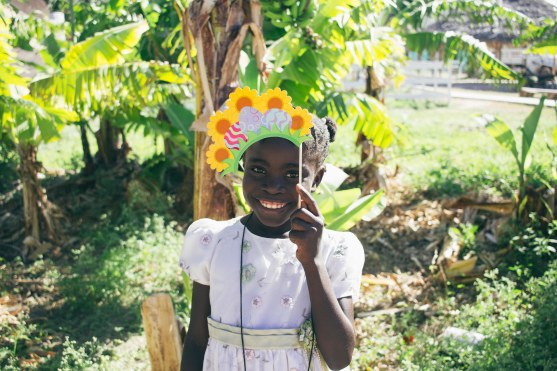 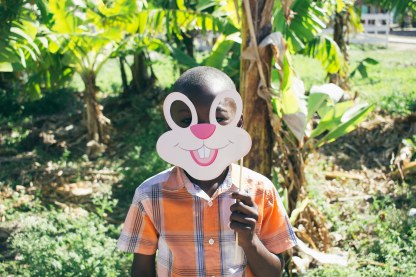 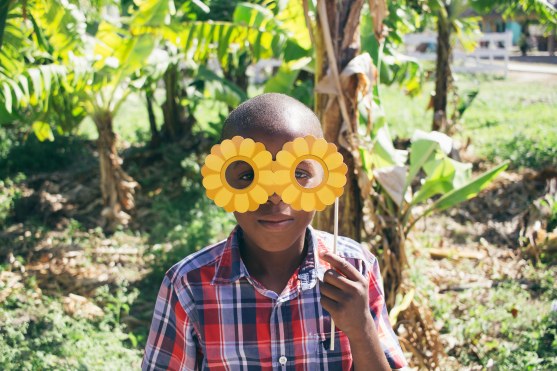 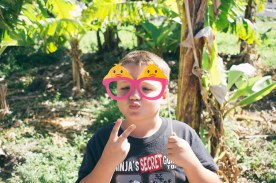 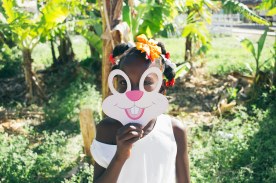 Each child dyed two eggs…which they could then eat later. So funny thing about this…I didn’t realize that you used vinegar instead of water….I punched out all the holes in the boxes (where the eggs dry) before reading the directions!

So their eggs weren’t quite as colorful as they should be…it might not have stuck to the egg but their fingers were beautiful! LOL! 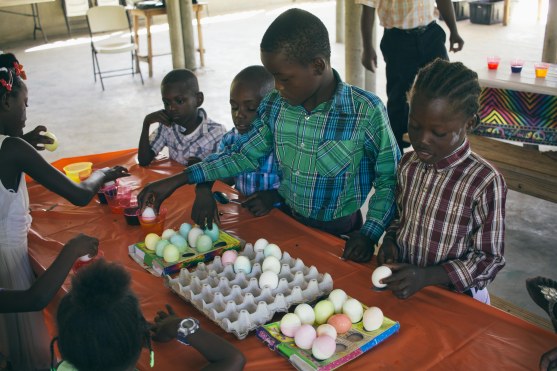 Everyone partnered together and tossed a plastic egg back and forth to each other. Each time they caught it – they had to take a step back….. If they dropped it and the candy fell out of the egg – they were out.

I was SUPER impressed with the kids. They were easily 15 feet apart and the majority were still in the game! 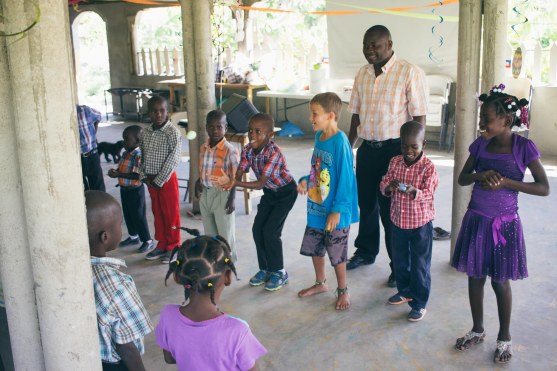 For this game we had 3 rounds of 10 people. We have 10 rubbery eggs in a carton. Two of the eggs we filled with water. They had to randomly pick an egg and crack it on their head to see if it had water in it.  If you got the egg with water – you won a prize! 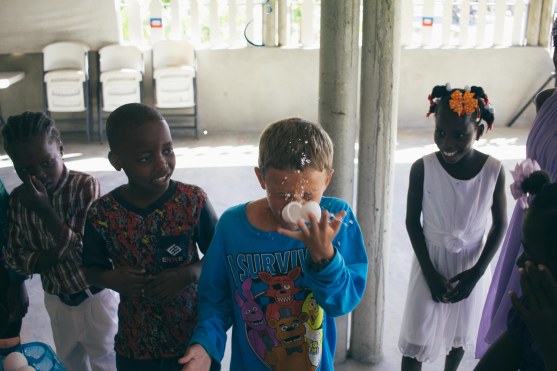 For this game they lined up in 3 teams – they had to put one hand behind their back and carry an egg on a spoon to one end of the cafeteria – sit down – and then run back. 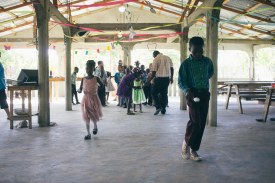 We scattered 500 eggs in the courtyard… which meant each child could collect 18 eggs. We did this in two rounds… younger children first and then older kids. There were 10 eggs that had a piece of paper in them which corresponded to a bigger prize that they could choose off our prize table. 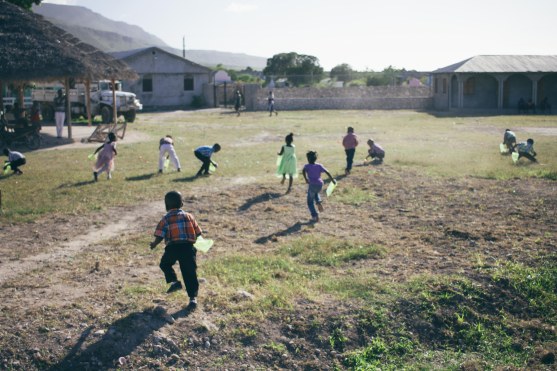 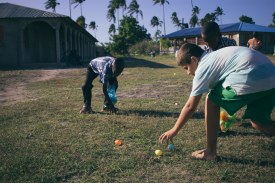 We ended the party with peanut butter sandwiches, cookies, and juice! 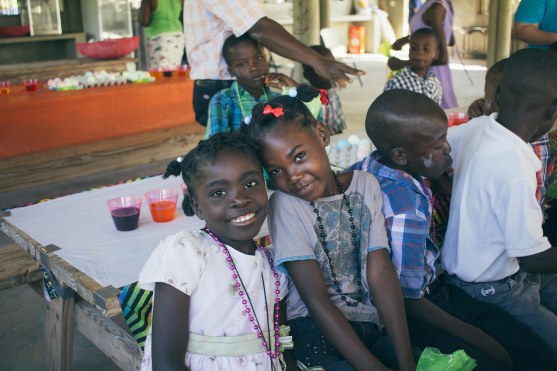 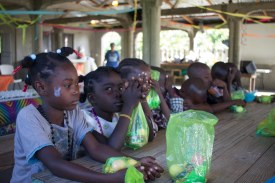 A Great Time Was Had By All!!