Our journey to the Mole was LONG but it could not have gone smoother. The first adventure was definitely staying the night in the Miami airport. I can say that the average hours that were slept was 2-3 but we are still rolling. Sunday consisted of hours of waiting in the Haitian airport while the team took turns flying in a 5 passenger airplane over the ocean to our home for this week.

Today was our first full day in Haiti and boi it was a “scorcher”! To say the least we could have made our own Buffalo Springs Lake with sweat, blood, and maybe some tears, but don’t worry, we have drank our weight in water! After breakfast our team split into two separate groups to begin our missions. My team took part in a VBS in the missions church for all of the local children. Abby and I taught the kids about Shadrack, Meshack, and Abindigo and how we need to find and keep our identity in the Lord. I believe it went along really well, even though it was a little difficult speaking with a translator.

We sang multiple songs that the children knew in creole, so our team made up words that sounded like what they were saying. We also played games and the kids as well as the team had a blast. One of the games Eric was in charge of got real awkward real quick. We had to find a partner and put two body parts together, so Eric decide foot to butt was a great one as well as nose to nose. A little weird but really fun! As the craft we had the children make masks to represent our different identities that we may hide behind, all the while our true selfs are still there with us.

While our group was doing VBS the other half of the team was doing construction on the other side of the campus. After lunch, we held a sports camp for some of the town kids and select orphans. We split into four groups and had a “system” that was soon destroyed by caos.It all worked out eventually! For games we played basketball, soccer, Gagaball and painted nails inside. As you can imagine, or maybe not, it was hot as ever, but being able to see the joy on these childrens faces made the whole camp better! It was a blast being able to hang out with children we won’t be able to see everyday. For one and a half hours we played our hearts out with these lovely ducklings.

After the sports camp, the women went to a women’s bible study that is held Monday while the men took a tour of the town and got a history lesson as well. Last but not least we had dinner followed with fellowship with our team as well as a “bead” ceremony. Shout out to my mom, Jodie, my dad Albert, and my brothers if ya’ll are reading this.

Thank you mom and dad for preparing me to be able to do this trip without ya’ll by my side!  I thought it was going to be bad, but with either one of you by my side on my first two trips, it made this one amazing (so far) 😉  Love all of ya’ll deeply and I’m doing great except for the fact that my feet are swollen to the size of Texas but it will work out! Also Mikaela wants to shout out Liliana, Lorenzo, Jonas, Levi and her lovely boyfriend Jaden Kevil. She is great and loves ya’ll too! Thank you for listening, now on to Stephanie!

It was a pleasure being able to write to ya’ll and I can’t wait to hear the comments!

I would say that the many airports we traveled to the best was the Haitian airport because we were blessed to become friends with Cleievens who was the dispatcher for the pilot. He shared his testimony and we got to compare our bibles. A funny thing was when he asked if we were preachers and we all said we don’t consider ourselves preachers but in reality we are all taking on the role this week in the Mole.

The biggest struggle in any of the airports was in Miami because none of the lights were off and we had the news blaring as we tried to sleep. You can ask us any fact about the current news and we can tell you. Ask us about the new moths, Donald Trump, and enhancing our memories when we get home! I can say when my team finally got our turn on the Haitian airplane we were all a little nervous!

The pilot, Stephen did amazing and me and Maddi M. were asleep within minutes. Eric “held on for life”. The landing was the funniest part because goats were running in every direction. We got to experience Haitian food once the last group got here and I can now say Texans don’t make the spiciest food. The women know how to season everything here.

Today being the first full day in Haiti was eye opening. During construction it opened my eyes to how blessed we are in the states because we pay people to build our dreams. In Haiti though the mission builds their dreams and the kingdom through the hands of our teams who come. We got to work on the trenches that eventually will be the foundation. We learned that Haitian men have a longer stamina than any American! The boys in the construction group were BOSS they worked none stop and put the time in. None of the group complained and the Castillo Family and Epsteins Family were very involved and took care of any questions or needs we had.

Today at the end of construction we finished nearly two of the trenches and started on the third. After construction we got to eat lunch and todays meal was “the bomb.com” it was rice and beans with chicken. P.S. everyone has ate the food we aren’t starving ourselves. From lunch we went to sports camp and the towns kids loved on us as we loved on them. They taught us basic phrases in creole to help us with others. The language barrier wasn’t really a problem though and their smiles brought joy to my heart.

A funny thing that happened when we walked home was a girl as me for my bracelet and we cant give things to the Haitians so I looked to maddi m for help and she said no and then I said no. So the little girl looked at maddi m and said “uhh shhh” and looked at me to give her a different reply again. (Peyten I still have the bracelet). The women in our team were honored in going to the Womens bible study. It was amazing to hear them sing their hearts out to God and watch them accept Mikaela and Kelly’s words so well! Dinner was very “americanie” we got fried bread, french fries, coleslaw, and fried plantain. Day one was successful, exhausting but also rewarding! Cant wait to see what the rest of the week has in store. Keep us all in your prayers!

Shout out to my mom, Terri, my dad, Steven, my step dad, Robert, my dads girlfriend, Gina, and my sister, Brooke. I miss you guys and love you! I am thankful you made this trip capable for me to come. Also thank you for financially supporting the team with supplies and prayer.

Shout out to my super patient and loving boyfriend, Peyten (saving best for last) I miss you like crazy and didn’t realize how hard it is to go without talking to your best friend for a week! I love you and cant wait to tell you all about my trip and hear your voice again! Hang in there with me this week! It is hard for me too.

To my family and Peyten I didn’t realize how much I took conversations with you for granted until I got here and realized I can’t just call you whenever I need something! I love you guys with my whole heart and wish you could be here in Haiti with me.

I can’t wait to hear all of the comments and I’m grateful I get to write to you guys.

Alright guys…that wraps up the first few days! We’ve got a lot planned tomorrow including an epic 4th of July Party! Please leave comments…comments will be read at dinner! 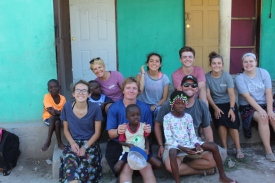 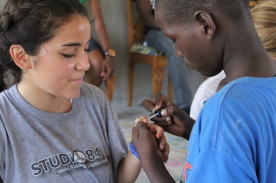 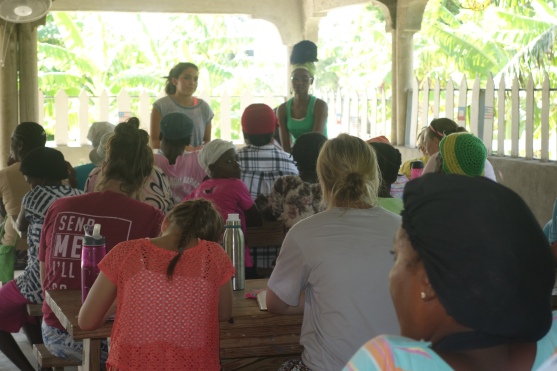 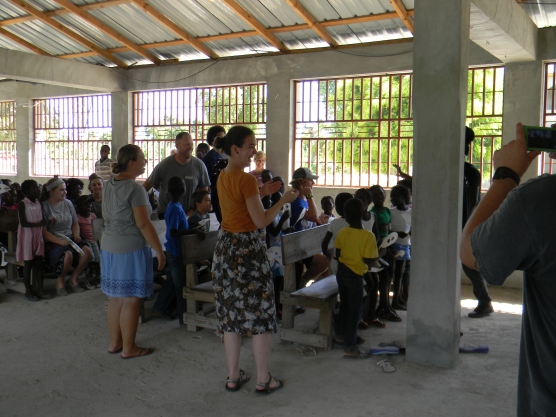 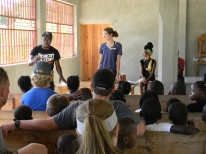 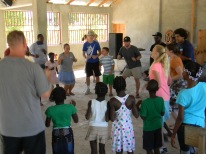 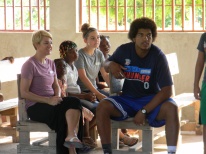