Valentine’s Day was Wednesday…which was when we hold our weekly staff meetings! SO –  I surprised everyone with a special game day!

Instead of playing BINGO with NUMBERS….we played it with PHOTOS! We used photos of every staff member but there weren’t really enough of them to make the boards different enough. So I added some animals and a few kids to the mix!

If they won BINGO – before they could get their prize – we added another element to the game. I’m sure you’ve seen the Jelly Bean Game where you spin the lid – whatever color it lands on – you have to pick that color of jelly bean from the can and eat it.

NOW the jelly bean could be something great like a strawberry smoothie! OR it could be rotten fish! It could be a pear – or it could taste like dog food or rotten milk or dirt! You don’t know until you chew it! They had to swallow it NO MATTER WHAT!

Well let me just say it was a blast to watch everyone…some REALLY struggled with the bad beans….but I’m happy to say everyone kept them down though it was a close call for some! LOL!

It was SO MUCH FUN to play and for the first time – no one needed any help! You didn’t have to know numbers or letters….you simply needed to recognize each other on the board!

They used candy hearts to mark their board and everyone got a little box of chocolates to enjoy as well. Malaya made heart-shaped brownies and we also passed them out! 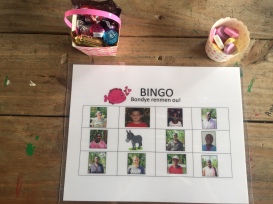 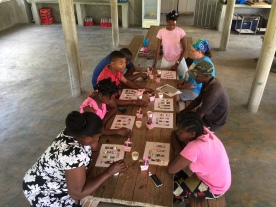 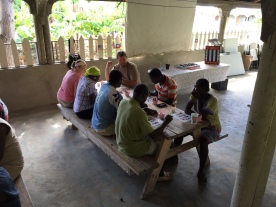 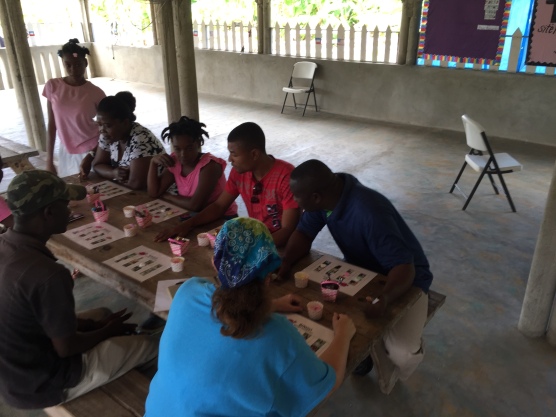 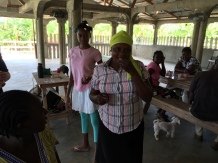 The next game we played you had to use chopsticks to pick-up candy hearts. You then had to move them from the pail to the table and stack them 5 high! We played in rounds of 4! Some of them were so nervous trying to stack the hearts that they would inevitably knock them down and have to start over. 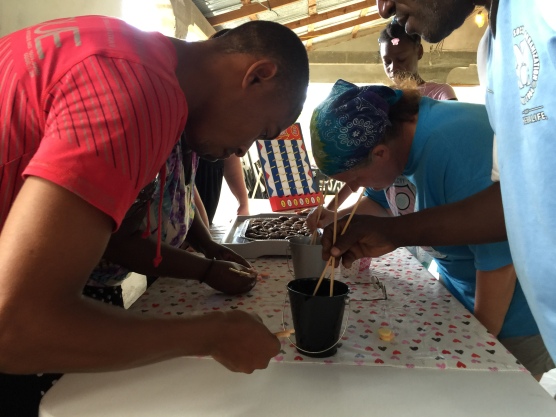 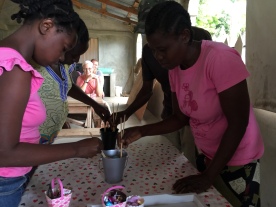 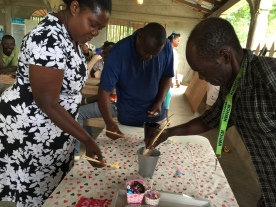 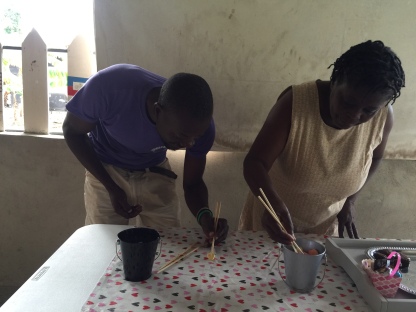 And lastly – as they headed home for the day – we played a little round of PLINKO! The numbers were listed from 1-5. Depending on what number it landed on – that’s how many bills they got. I had $10 Haitian dollar bills….so if you got 1 you only got one of them. But if you got 5 – then you got 5 of them!

Every Wednesday we rotate who leads our Haitian Staff Devotions. Last week was Jose’s turn. I typically try to help him prepare his message…. but last week I told him he needed to come up with it on his own! AND that he did!

Nearly every time we play games with the staff – they cheat. They’re like little kids – seriously!

This week is game week. He thought it was a good idea in preparation to share this…